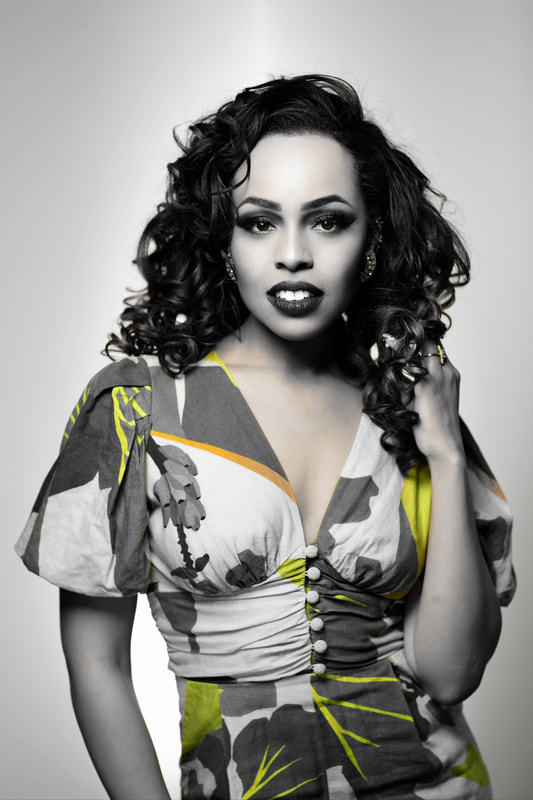 Described as "somewhere between a comforting whisper and a cogent  declaration" by The New York Times, Lauren Henderson, paints reflective and impassioned stories with her haunting voice and enchanting compositions.

Recently featured in the Financial Times, breaking the Jazz Charts Top 5, and the Year End Jazz Week Top 40 (2021) as the 38th most played record of the year, Henderson's eclectic vocal influences spread across genres producing a distinct yet versatile sound.

Henderson uncovers the layers of her diverse background in English and Spanish.  Her compositions paint stories reflecting journeys imposed through the African Diaspora in  connection to Henderson's Panamanian, Montserratian, and vast Caribbean roots as they interplay with her North American upbringing.

Jazz, Latin Jazz, Flamenco, R&B and Soul roots aid in an exploration of culture, society, race, love and the complexities encountered as we navigate life's obstacles.

Henderson combines her passion for music, philanthropy, and business as the CEO of Brontosaurus Records and an internationally acclaimed recording artist.  Recently featured in the Financial Times, Henderson's achievements are celebrated worldwide.

As the Founder and CEO of Brontosaurus Records, Lauren Henderson graduated with an Executive MBA from Brown University (RI) and the IE Business School (Madrid) in May of 2019.

Henderson began to study piano at an early age. She grew up singing in church and school choirs, as well as listening to jazz records her parents and grandparents played in the house. Timid as a young musician, she was always reluctant to sing solos, until given a gentle push by mentors shortly before heading to Wheaton College (MA) to receive her Bachelor of Arts.

At Wheaton, she discovered her voice, becoming the Musical Director of VUJ, a member of Jazz Band, studying classical voice and musical theatre, as well as finding inspiration from her professors and master classes with artists like Paquito D’Rivera, Take6, and the legendary Barry Harris at the Barry Harris Workshop.

Having earned degrees in both Music and Hispanic Studies, Lauren combined her love of music and culture while living in Puebla, México. In Mexico she studied the traditional music of the Yucatán and popular music throughout the country at Benemérita Universidad Autónoma de Puebla. Through her international piano and voice studies, she worked on developing her musicianship. In Córdoba, España she studied flamenco and its connections to jazz at La Universidad de Córdoba.

As the Founder and CEO of Brontosaurus Records, Lauren Henderson graduated with an Executive MBA from Brown University (RI) and the IE Business School (Madrid) in May of 2019.


Henderson's music is available on all platforms!